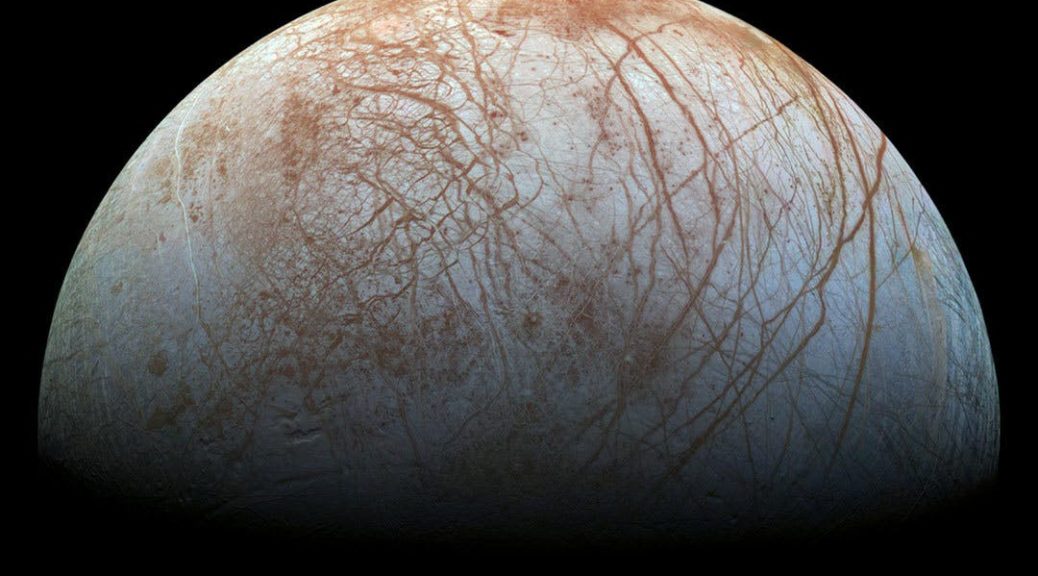 Based in McMurdo Station, Antarctica for the first part of their 2019 field season, the team on Project RISE UP is using its underwater oceanographer robot Icefin to study environmental and biological factors that influence habitability in oceans beneath ice.

Project RISE UP, an acronym which stands for “Ross Ice Shelf and Europa Underwater Probe”, is using Icefin to explore ice-ocean environments and the limits of life here on Earth, in order to help develop techniques that might be used for future exploration of ice-ocean ecosystems.

NASA confirmed in 2019 that Europa, one of Jupiter’s moons, had plumes of water vapor above its surface, which scientists had long expected from the ice-covered world. In addition, using observations from ground-based telescopes, “scientists have found strong evidence that beneath the ice crust is an ocean of liquid water or slushy ice,” according to NASA. These and other factors make Europa a prime subject in the search for other habitable worlds in our solar system.

Georgia Tech graduate student and member of the RISE UP team in Antarctica, Justin Lawrence‘s thesis is a major driver of work being done in the 2019 field season. He said the science and technology being developed through RISE UP could be used in the future exploration of icy worlds in our solar system, such as Europa.

“For my thesis, I’m mapping biological water mass properties including cellular abundance and microbial diversity with physical water properties such as temperature, salinity, and dissolved oxygen,” Lawrence said. “When combined, these variables help us understand how nutrient and carbon inputs from the open ocean and melting ice influence habitability below ice.”

In other words, studying biological and environmental factors that influence life in ice-ocean ecosystems here on Earth, will help scientists understand habitability in ice-covered oceans elsewhere.

“Earth is not the only body in our solar system with a liquid, salty ocean, and other ocean worlds such as Jupiter’s moon Europa might prove habitable to novel forms of life,” Lawrence explained. “To better understand how ecosystems under ice could work on other planets, we are developing hardware (Icefin), software, and scientific methods to first understand the interactions between life and ice in Antarctica.”

In addition to research being conducted at McMurdo Station in the 2019 field season, RISE UP will also fly with Icefin to the Ross Ice Shelf grounding zone, in collaboration with New Zealand’s Ross Ice Shelf Programme, where they will deploy Icefin along with other oceanographic sensors through a 35 cm wide, 700 m deep hole in the ice to explore the ocean below (as shown in the diagram above).