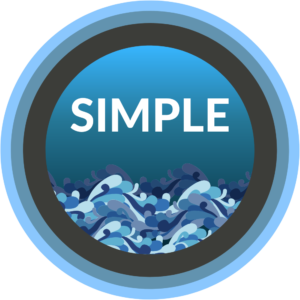 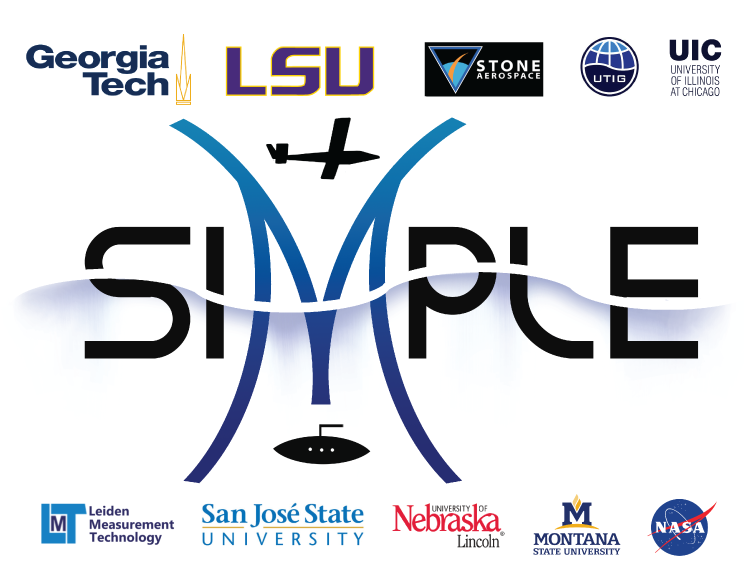 The SIMPLE project was anything but–it was a NASA Astrobiology Science and Technology for Exploring Planets (ASTEP) project funded to conduct an in-depth study of the McMurdo Ice Shelf, Antarctica as a proxy for future exploration of Europa. We used four vehicles funded by the project, and one built under PI Schmidt’s startup at Georgia Tech, to explore and characterize the ice shelf and complete the science. SIMPLE is a collaboration of Georgia Tech, University of Illinois, Chicago, University of Texas, Stone Aerospace, Moss Landing Marine Laboratory and the University of Nebraska, Lincoln.

The purpose of SIMPLE is to understand how the ice and ocean interact and support life on Earth and from this to better understand ice-ocean systems on other planets, namely Jupiter’s moon Europa. We are testing technology that will be used both on future orbiting and hopefully landed spacecraft to characterize this enticing astrobiological target.

SIMPLE has three Antarctic field expeditions. Season 1 in 2012 served as a test season for ice shelf operations, Season 2 in 2014 is a larger undertaking to explore above and beneath the shelf in preparation for season 3 in 2015 that will include the bulk of the science operations. For more on our field activities, see our field blog at: nobusinesslikesnowbusiness.wordpress.com

The vehicles involved in this endeavor are:

Submersible Capable of under-Ice Navigation and Imaging (SCINI)–SCINI is a 5ft long ROV developed at Moss Landing that is excellent for imaging the environment below the shelf. She is designed for predominantly identification of mcarofaunal organisms that commonly exist on the sea floor and is rated to 300m. SCINI has been outfitted with a CTD in order to get information about water properties as she swims underneath the ice. In 2012, we successfully tested SCINI through the MIS, and in 2014, SCINI will perform detailed characterization of the sub-ice environment below the MIS at 6 sites accessed via hotwater drilling.

Icefin–Icefin is the new vehicle to the project, built at and by Georgia Tech for use with SIMPLE as well as future polar oceanographic work. Icefin is a tethered AUV that combines relatively small size and man portability with a large suite of instrumentation that characterizes the water column, ice, and benthic environments. Icefin is a modular vehicle, allowing it to be broken down and reconfigured easily, as well as moved to the field with ease. Icefin carries forward and up/down imaging and sonars, a CTD, ADCP, DVL, IMU and bathymetry. Icefin is rated to 1500m and will perform 3km long surveys below the MIS in the 2014-15 Antarctic field season. For more on Icefin, see the Icefin page:

Artemis–Artemis is a large hybrid autonomous underwater vehicle built by Stone Aerospace that is the primary vehicle developed under SIMPLE. Artemis is a long-range adapted version of the successful ENDURANCE and DEPTH-X vehicles. Artemis carries remote and in situ instruments for characterizing the water, ice and any microbiology found within and below the ice: a CTD, ADCP, mapping and profiling sonars, imaging, HD video, a science tower with DOM, chlorophyll-a, turbidity, and pH sensors, as well as a water sampler and a protein fluorescence spectrometer to test for microbiological communities within and on the ice. Artemis is 1000m depth rated, and will perform ~15 km long gridded surveys at the ice-ocean interface and along the benthic interface to fully characterize the environment below the MIS in the 2015-16 Antarctic field season.

Airborne Geophysical Platform–HiCARS-2 is the primary radar system on the UT Austin Airborne Geophysical Platform, that is developed for remote sensing of the cryosphere, and under SIMPLE, will serve as a proxy for a future spacecraft at Europa. In addition to both HF and VHF ice penetrating radars, the platform also includes gravimetry, laser altimetry, magnetometry and imaging. This platform is actively testing the radars being developed for the Europa Clipper mission that will hopefully be selected for flight in the near term. The airborne project will remote sense to calibrate radar penetration and attenuation and to develop techniques for processing radar data over floating ice and water-rich targets. The ariborne flights will occur in the 2014 Antarctic field season.

SCINI-Deep–SCINI-Deep is being developed at UNL under the SIMPLE project for work alongside underwater drills and for science imaging below ice. SCINI-Deep is a heritage design from the original SCINI vehicle and is depth rated to 1500m to assist with the deployment of drilling and other science equipment in deep water environments. SCINI-Deep will be assisting the WISSARD project in the 2014-15 field season.