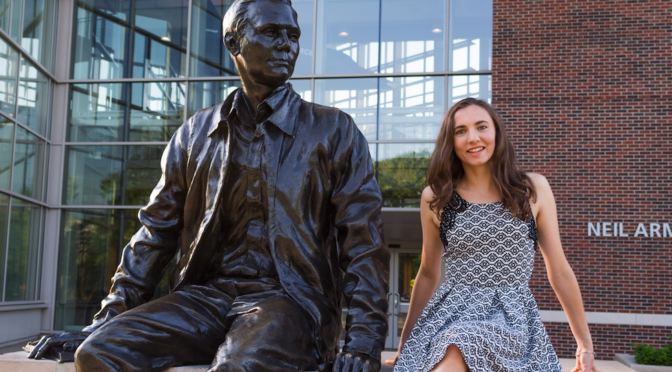 Exploring worlds beyond our own has been a topic that has captivated me since I saw Saturn and its rings through a telescope at the age of four. Originally from the Los Angeles area, I was inspired by the work of the scientists and engineers at the nearby NASA JPL and opted to pursue STEM fields in college. I attended Purdue University and earned my Bachelor of Science in 2017 with a double major in Applied Physics and Planetary Science. While there, I was able to spend summer internships at both NASA JPL and The Boeing Company. I now find myself at Georgia Tech as a first year graduate student pursuing studies in geophysics and planetary science, and I can’t wait to see what more there is to explore!

While in undergrad I pursued research studying the stochastic nature of single cell dynamics. I also did some work with CRISM images, studying the spectroscopy of the Mawrth Vallis region on Mars. The combination of biophysics and planetary science research led me toward the topics of habitability and astrobiology when applying to graduate programs. I took particular interest in Europa, which I believed had a wide range of questions that had yet to be explored. I am currently focusing my research toward the ocean-silicate boundary within Europa’s interior. Better understanding this region can lead to a more thorough understanding of the chemical and thermal dynamics within Europa and other ocean worlds’ interiors. This knowledge can then lead to further investigations into the plausibility of habitability and genesis of life on planets other than our own.